This past fall, York Suburban Middle School students raised $21,450 during a fundraising campaign called the Trojan Takeover. The total exceeded the campaign’s goal of $20,000, which triggered a predetermined challenge — a campout by the principal on the school’s roof.

Therefore, Dr. Snedden, the principal of York Suburban Middle School, is currently camping on the school's roof! He'll be braving the elements all night as a reward for the students' recent fundraising success and to kick off the annual canned food drive. His ascent to the roof was broadcast live for students toward the end of the school day; the video can be watched at https://bit.ly/ms-roof.

Because Dr. Snedden's roof campout is partly to promote the canned food drive, he invites you to stop by between 6 p.m. and 8 p.m. tonight, Thursday, December 2, 2021, to make a canned food donation. A table is set up by the main entrance of the school. Don't forget to say hello to Dr. Snedden!

Finally, be on the lookout for news coverage of the event by FOX 43, ABC 27, and CBS 21. Three student council members — Olivia Diehl, Jack Eckenroth, and Gabrielle Philippe — participated in on-camera interviews to provide more details about the students' fundraising efforts and how the canned food drive is helping local families. They did an awesome job! 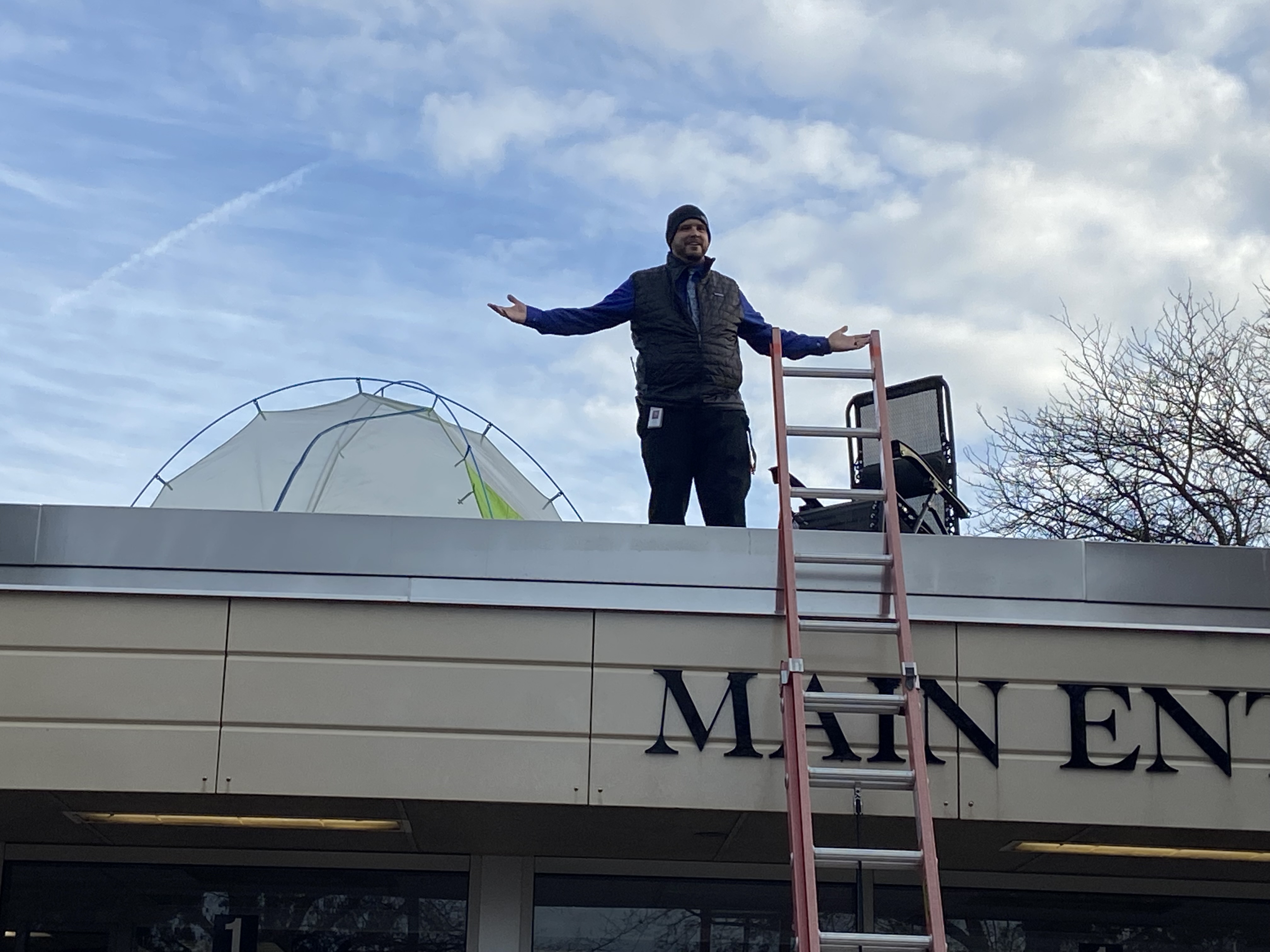