The extended York Suburban community recently came together to replace a cherished piece of sports memorabilia for Dick Klussman, a 1964 graduate and former co-captain of the swim team. The community's help culminated with a Zoom call today when the replacement memorabilia was presented to Klussman by his sister, wife, and several former teammates. 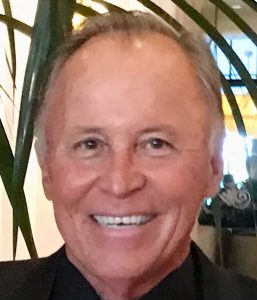 Klussman has fond memories of his athletic accomplishments at York Suburban. In particular, he cherishes a newspaper article he saved from January 30, 1964, which detailed York Suburban's first victory over the York High swim team. During that meet, Klussman's come-from-behind victory in the final event secured the Trojans' 48-38 win.

There is good reason for Klussman to feel so strongly about that particular accomplishment. In those days, the York High swim team (also referred to as William Penn) simply did not lose very often. It was one of the most successful high school sports programs in York County history, with 31 district team titles, 16 state team titles, and 63 state gold medals to its credit. For any York County swim team to beat York High was an incredible feat, especially for a school like York Suburban, which had been in existence only long enough to hold four commencements at the time of the meet.

To further illustrate the dominance of York High swimmers, consider this excerpt from a York Daily Record article by Jim Seip.

When items were stolen out of Klussman's storage area a short time ago, including the prized newspaper article, his sister, Felicia Fairchild, was determined to replace it. Her goal was to present a copy of the article to Klussman as a birthday surprise. 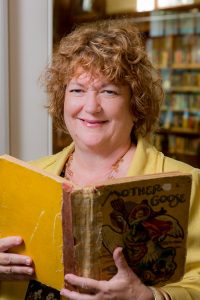 Fairchild started by contacting several places that might have a copy, including the newspaper that published it. After hitting a few dead ends, she contacted York Suburban's Communications Department. Using the District's archives and resources, some of Klussman's former teammates were contacted, and posts about the search were made on the District's social media accounts.

Thankfully, Lisa Schmittle saw one of the posts. Schmittle is the parent of five former York Suburban swimmers, and she also works for York County Libraries (YCL). Her first thought was to contact Mina Edmondson, the Director of Martin Library. Edmondson did not hesitate to help, and she tasked her research team with finding the article. The Senior Library Assistant of that team, Bryan Benkert, eventually located an electronic version of the 1964 feature story. 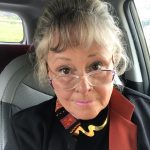 Klussman's sister, Felicia Fairchild, was thrilled about receiving the article. "I am sure Dick will be delighted. This has been such a valiant effort on the part of so many kind people," she said at the time.

Today, after much backend coordination, Fairchild presented the article to Klussman with the help of Klussman's wife, Dana, and several of his former teammates, including Fred Bergdoll, Chris Taylor, and Jim Saulsbury. Using Zoom, the group also had the chance to reminisce about the 1964 swim meet and other fond high school memories.

The York Suburban School District would like to thank Klussman and the 1964 swim team for setting an amazing foundation of success for our current student-athletes. We enjoyed playing a small part in locating the article!

For more information about York County Libraries, including details about obtaining a library card, visit www.yorklibraries.org.