Mrs. Katze teaches a unique Algebra 1, Part 1 class at York Suburban High School. Seven of the students in her class are English learners, five of whom have only been in the United States a short time and speak little English.

Mrs. Katze and her colleagues wanted to give the English-speaking students in the class a new appreciation for their English-learning peers. So, a guest teacher was arranged to present a special, abbreviated math lesson. The unique part wasn't the content but rather the language in which it was taught; the lecturer spoke Arabic.

Bilingual sophomore Kirellos Beshay, whose nickname is Koko, served as the guest teacher. Koko arrived in the United States from Egypt when he was only seven years old. As a result, he had difficulty adjusting to a new language and culture.

Over time, Koko has grown into a friendly, confident, and outgoing student who speaks fluent English. He loves to help and teach others, and math is one of his favorite subjects. His post-graduation plans include attending Penn State to become a dentist or a physician assistant.

During his visit to Mrs. Katze's class, Koko's Arabic-only lesson about horizontal and vertical lines was initially (and understandably) confusing for his peers. However, the students quickly caught on to the themes he was discussing.

Afterward, the class debriefed by reviewing how the language barrier felt and why recognizing others' perspectives is essential. They also had the opportunity to hear more about Koko's life story and experiences. Through this exercise, the class gained a new admiration for those who must overcome obstacles, such as navigating new, unfamiliar environments. 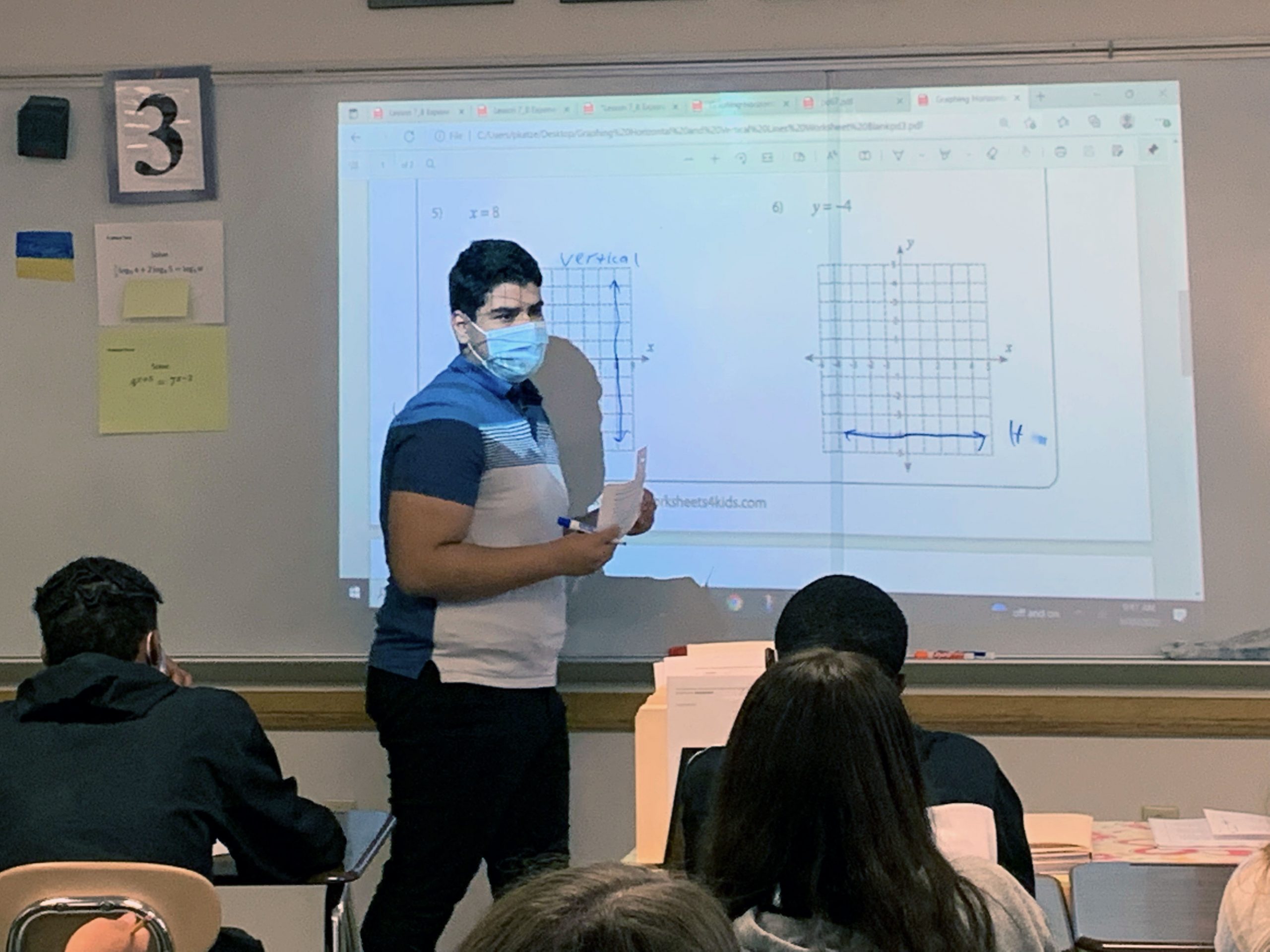 Kirellos Beshay gives a math lesson in Arabic to a group of his peers.